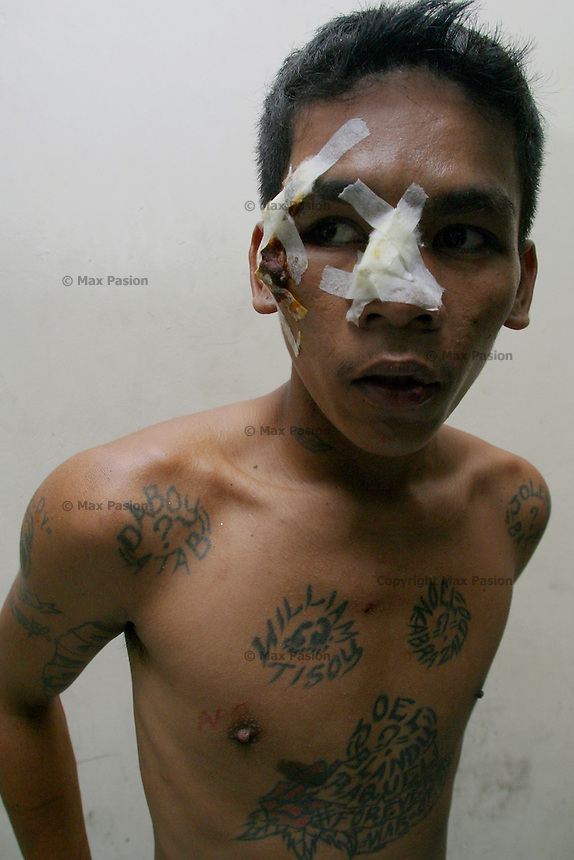 Angelito Ayson, 21, was beaten up by mistake Thursday night by bystanders on Timog Ave. after he picked up fan knife discarded by a fleeing trio of hold-up men in a failed robbery attempt on a jeepney. Ayson admitted his trade is snatching bags and cellphones, but not hold-up robbery. Photo taken at Police Station 10 on EDSA-Kamuning whose jail is now his home. 8 aug 2003